Your review for GIMP 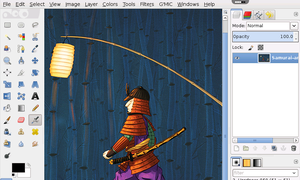 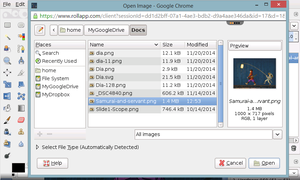 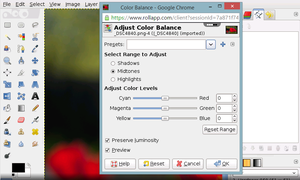 GIMP is available to make detailed image retouching and free-form drawing as well as accomplish image editing tasks such as resizing, editing, and cropping photos, photomontages combining multiple images, and converting between different image formats. In addition GIMP can be used in order to create basic animated images in the GIF format.

You can use GIMP as a simple paint program, an high-level retouching program, a mass production image renderer, an online batch processing system, an image format converter (it supports such formats as JPEG (JFIF), GIF, PNG, TIFF, PSD), etc. Having all this features GIMP is widely considered to be the main replacement for Adobe Photoshop. It widely used by photographers and the film industry. It can also be used as a framework for prototyping novel image-processing algorithms, because of its open extensible structure.

The user friendly interface of this app allows you to stack different modules into tabs or keep them open in their own window. Work in layers and channels (including editable text layers). It load, display, convert, save to many file formats.

Reviews for GIMP Login to add a review