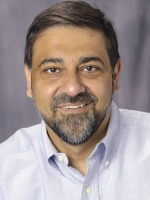 Wadhwa helps students prepare for the real world; lectures in class; and leads groundbreaking research projects. He is also an advisor to several start-up companies, a columnist for The Washington Post and Bloomberg BusinessWeek, and writes occasionally for several international publications. Prior to joining academia in 2005, Wadhwa founded two software companies. Since joining Duke University, in August 2005, he has researched globalization, its impact on the engineering profession, and the sources of the United States’ competitive advantage.

Wadhwa’s report on engineering education dispelled many common myths about India’s and China’s graduation rates’ being an order of magnitude greater than those of the U.S. Though both countries graduate many more “engineers” than the U.S. does, their definitions of those terms are loose and include everyone from mechanics to trade-school graduates. Elite institutions in both countries do turn out world-class engineers, but the numbers are small.

Subsequent research revealed why companies were going off shore and highlighted new trends in the globalization of R&D and innovation. To explain how India was achieving success despite its weak education system, Wadhwa published a seminal research report that analyzed its surrogate education system and workforce-development practices. Indian companies, in particular, have become global centers of excellence in high-skill areas, including software development, chip design, pharmaceutical research, and advanced engineering tasks such as aircraft-engine design. Wadhwa found that the best Indian companies simply accepted the inadequacy of the the country’s education system and developed their own, highly innovative, training programs that more than compensated for it.

Wadhwa’s research on American competitive advantages focused on entrepreneurship, skilled immigration, and university-research commercialization. This revealed key insights into the age, education background, and motivation of tech entrepreneurs. He also documented that more than one in four U.S. technology startups from 1995 to 2005 was founded by an immigrant. These immigrants tended to be highly educated, with strong backgrounds in science, technology, engineering, and mathematics. Wadhwa found that a flawed immigration system had created a backlog of more than a million skilled workers who were waiting for permanent-resident visas and that this backlog had the potential to cause a sizeable brain-drain of talent from the U.S. to other countries and a weakening of U.S. competitiveness.

Wadhwa’s research has been supported by several grants from the Kauffman Foundation and by the Sloan Foundation. Wadhwa has collaborated with highly regarded academics from Harvard, Duke, NYU, UC-Berkeley, and other universities. His work has been cited in more than 2,000 national and international media outlets over the past five years and has garnered the attention of policy makers. Wadhwa has spoken at dozens of conferences, including those of the National Governors Association and the National Academy of Sciences.

Before joining Duke University, Wadhwa was a technology executive known for pioneering change and innovation. He started his career as a software developer and gained a deep understanding of the challenges in building computer systems. His quest to help solve some of I.T.’s most daunting problems began at New York–based investment banking powerhouse CS First Boston, where he was Vice President of Information Services. There he spearheaded the development of technology for creating computer systems that was so successful that CSFB decided to spin off that business unit into its own company, Seer Technologies. As Executive Vice President and Chief Technology Officer, Wadhwa helped grow the nascent startup into a $118 million publicly traded company.

With the explosive growth of the Internet, Wadhwa saw an even greater opportunity to help businesses adapt to new and fast-changing technologies, and started Relativity Technologies. As a result of his vision, Wadhwa was named a Leader of Tomorrow by Forbes.com, and Relativity was named as one of the 25 coolest companies in the world by Fortune Magazine.

Wadhwa holds an MBA from New York University and a B.A. in Computing Studies from the University of Canberra, in Australia. He is founding president of the Carolinas chapter of The IndUS Entrepreneurs (TIE), a non-profit global network intended to foster entrepreneurship. He has been featured in thousands of articles in worldwide publications, including The Wall Street Journal, Forbes Magazine, The Washington Post, The New York Times, U.S. News and World Report, and Science Magazine and has made many appearances on U.S. and international TV stations, including CNN, ABC, NBC, CNBC, and the BBC. Learn more about Vivek Wadhwa.