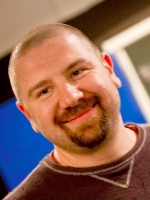 Victor Belfor is an investor and an executive. He’s an expert on go-to-market strategy design and execution. Victor is focused on telecom and cloud computing and especially the area where the two overlap. He’s helped several startups expand internationally (into over 20 counties on 5 continents) and grow their business domestically resulting in hundreds of millions in shareholder value.

Today, Victor also holds the position of the VP of Strategic Alliances at RingCentral, where he runs the company’s partnerships business in the US and Internationally. RingCentral is the leader in cloud business telephony and is funded by Sequoia, Khosla and SCALE.

Prior to this, Victor ran IP licensing in North and South America, India, Israel, Korea and Japan at Coding Technologies which was acquired by Dolby in 2007 for $280M.

Victor is working on his MBA from the Wharton School of Business and frequently writes on topics of investment and entrepreneurship. Learn more about Victor on his blog.