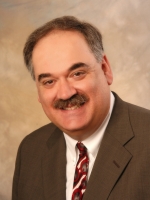 Dr. Richard Mark Soley is the Chairman and Chief Executive Officer of OMG (Object Management Group) - an international, open membership, not-for-profit computer industry consortium established in 1989. OMG membership includes Apple, Microsoft, IBM, Boeing, Citigroup, Deloitte, Nokia, Oracle, SAP AG, SWIFT, and hundreds of other organizations, with half being software end-users in over two dozen vertical markets, and the other half representing virtually every large organization in the computer industry and many smaller ones. Most of the organizations that shape enterprise and Internet computing today are represented on OMG Board of Directors.

In addition, Dr. Soley is the Executive Director of the Cloud Standards Customer Council, helping end-users transition to cloud computing and direct requirements and priorities for cloud standards throughout the industry.

Dr. Soley also serves on numerous industrial, technical and academic conference program committees, and speaks all over the world on issues relevant to standards, the adoption of new technology and creating successful companies. He is an active angel investor, and was involved in the creation of both the Eclipse Foundation and Open Health Tools.

Previously, Dr. Soley was a cofounder and former Chairman/CEO of A. I. Architects, Inc., maker of the 386 HummingBoard and other PC and workstation hardware and software. Prior to that, he consulted for various technology companies and venture firms on matters pertaining to software investment opportunities. Dr. Soley has also consulted for IBM, Motorola, PictureTel, Texas Instruments, Gold Hill Computer and others. He began his professional life at Honeywell Computer Systems working on the Multics operating system.

A native of Baltimore, Maryland, U.S.A., Dr. Soley holds bachelor's, master's and doctoral degrees in Computer Science and Engineering from the Massachusetts Institute of Technology. Learn more about Richard Soley.