Your review for Firefox 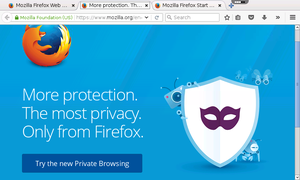 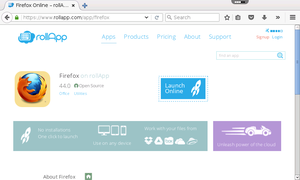 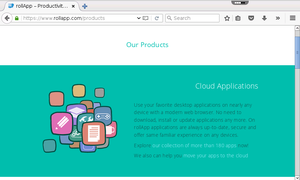 Mozilla Firefox is a free and open source web browser.

Features include tabbed browsing, spell checking, incremental find, live bookmarking, Smart Bookmarks, a download manager, private browsing, location-aware browsing (also known as "geolocation") based on a Google service, and an integrated search system, which uses Google by default in most markets. Additionally, Firefox provides an environment for web developers in which they can use built-in tools, such as the Error Console or the DOM Inspector, or extensions, such as Firebug and more recently there has been an integration feature with Pocket.

Firefox allowed for a sandbox security model to manage privileges accorded to JavaScript code, but that feature has since been deprecated. It limits scripts from accessing data from other websites based on the same-origin policy. It also provides support for smart cards to web applications, for authentication purposes. It uses TLS to protect communications with web servers using strong cryptography when using the HTTPS protocol.

Reviews for Firefox Login to add a review